“All things are sorted out by walking.” (St. Augustine)

Hospice of Waterloo Region’s Bereavement Walking Group (BWG), which was created over 15 years ago, has become one of Hospice’s core bereavement programs and is a lifeline for those who are bereaved in our community.

Its purpose is to support those who have experienced a death in the last two years due to a palliative illness. 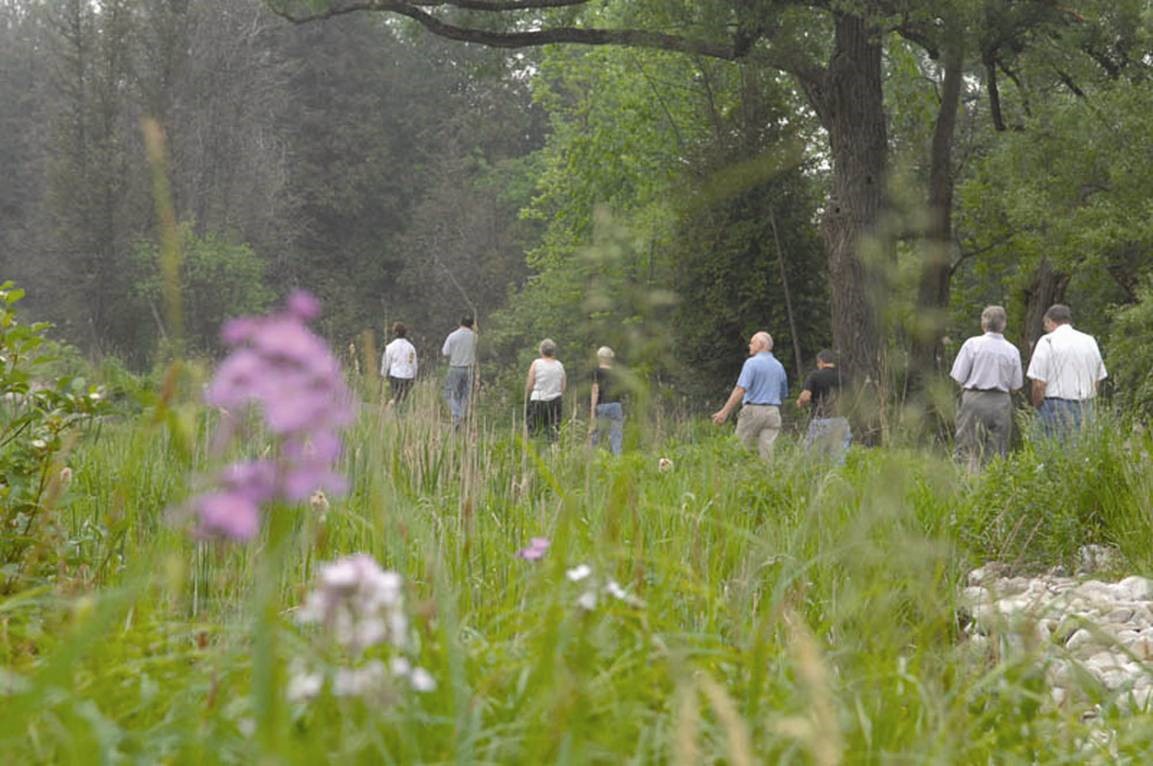 As a society, there has not been much progress with how we deal with death. Most people are uncomfortable being in the presence of the dying and are also uncomfortable around those who are grieving a death. Technology has afforded us the ability to ‘reach out’ to those who are grieving, through a text or a Facebook message, saving us the awkwardness of a face-to-face interaction where we are often at a loss of what to say when people are showing visible signs of distress.

When we do find ourselves in such situations, we use platitudes like “Heaven has another Angel”, or “At least they aren’t suffering anymore.”  These are statements we think make the bereaved feel better, but in fact, these are statements that only make us feel better. What we don’t realize is those statements often shut down conversations, as they can indicate to the bereaved that we don’t really want to talk about their grief.

This is the reason why Hospice’s BWG is so popular. It is supported by highly trained Hospice volunteers, who are comfortable being in the presence of suffering.

One day a week, this group walks the trails throughout Kitchener-Waterloo, giving people the opportunity to talk about their loss while walking alongside an attentive volunteer or another participant who is on their own grief journey. There is an ease in sharing when you walk shoulder to shoulder with someone, instead of having to sit and look them in the eye, as is the case with traditional bereavement support groups.

Conversations flow easily, tears are shed, challenges and frustrations are shared, suggestions offered. It is 45 minutes where participants are really heard. There is no need for participants to ‘put on a brave face’ or pretend they are doing better than they are, because the volunteers and other participants know that the grief journey is long and hard.

There will be times when the bereaved will be neck-deep in the ‘muck’ of emotions, but it’s imperative they wade through that muck in order to begin to assimilate their loss into their lives, and move forward on their own. Those who avoid the ‘muck’ will eventually have to face it sometime in the future, because grief always has a way of finding you when you’ve not done your grief work.

The journey through grief does not have to be a solitary one. There are volunteers at Hospice who are willing to accompany the bereaved on that journey wherever it may lead them.

For more information about the Bereavement Walking Group, contact Leslie at leslie@hospicewaterloo.ca.