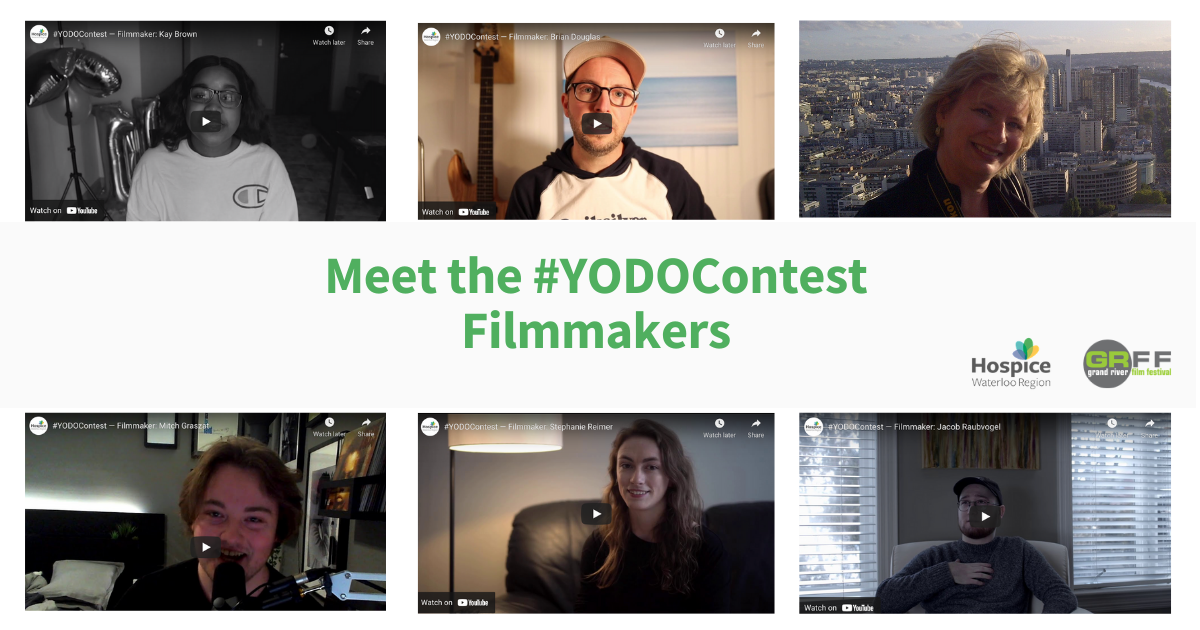 You Only Die Once: #YODOContest is about living well until you die. This short film contest, being hosted in partnership with the Grand River Film Festival, calls on filmmakers and storytellers to focus on death as a part of living.

The winning films will be announced on April 21, 2021, and they will be screened at the Grand River Film Festival in May 2021.

The participating filmmakers – who are local to Waterloo Region – include:

In the following films, they talk about why they decided to enter the #YODOContest.

About the film: Finding Meaning is a short film where a woman discusses the loss of her mother and the process of grieving she went through.

Fun Fact: I recently started writing and illustrating a children’s book inspired by my granddaughter!

There is a prize of $650 for 1st place and $350 for 2nd place. There will also be up to three honourable mentions chosen. The winners, who will be announced at the Grand River Film Festival in May 2021, will receive 2 free All Access Passes valid for both CineSeries and the festival.

You Only Die Once: #YODOContest This phrase reminds us that life matters right until the end and that how we live at the end does matter. While death is a natural part of life, many people distance themselves from the topic of death and this has created a death-denying culture. This “death denial” causes us to avoid the subject leaving us unprepared to support our family, friends, neighbours and community to live well until the end of life. Hospice Waterloo Region believes that living well until we die begins by challenging our ”death denial”and igniting the conversation about death, dying and bereavement.